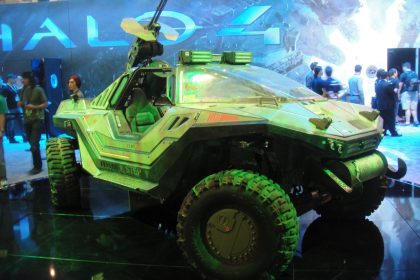 Using the new windows 10, I noticed Cortana was included and the voice command feature seems to be pretty useful. Cortana is more or less known as a virtual assistant. It seems that moving forwardCortana will continue as the top interface for Microsoft’s integration with vehicle technology. Google and Apple have a vast lead already, but Cortana’s unique features have recently gained some attention.

Presently, Cortana can answer questions, give out detailed info, and vigilantly remind about imminent appointments. Perhaps, the digital assistant will make more of an appearance once connected cars become closer to a standard. Either way, Microsoft does not have much to mention in relation to this particular piece of vehicle technology quite yet.

The next step in interfaces appears to reveal itself in the form of Cortana. A car system that integrates with a Windows Phone would essentially just become an extension of that device. Despite Cortana’s invasion of privacy on Windows 10, it could potentially heighten the virtual intelligence quickly. In other words, studies on one type of computer could benefit another, especially the Windows Phone. A smart phone endures as a miniature computer in the form of a communication device.

In 2015, a prototype uses the voice recognition software for taking verbal commands in a car. Cortana reveals itself via displaying on the windshield. The concept does not remain new. Other types of vehicle technology have operated in similar fashion. For instance, it takes a special coating on the windshield and a unique camera to provide the heads-up navigation. The particular technique that stands out includes the ability to utilize functions normally available only to expensive vehicles.

Currently, Microsoft works on proposals with the assistance of business associates in Taiwan. It seems development has proceeded slowly. The currency required for production stays in extraneous levels. The research also affords in the area of vehicle-to-vehicle communication, which the software corporation has participated in to some extent. The business giant has shared some of their vehicles technology in that regard with a few automobile manufacturers, like BMW, Fiat, and Ford.