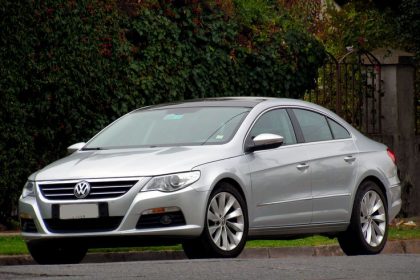 It has been widely publicized that Volkswagen has been found to be guilty of using software to fool required government emissions tests. As a result of this Volkswagen scam, it is estimated that approximately 500,000 vehicles sold by Volkswagen to buyers in the United States are affected by this ruse. Volkswagen faces huge fines, their stock price has tumbled and its reputation has been shattered. But what about the owners of these vehicles, what should they do after finding out that the vehicle that they own emits almost forty times more emissions than they were lead to believe. If you are the owner of a Golf, Jetta, Passat, Beetle or an Audi A3, what is your best response to this shocking news?

Can The Volkswagen Scam Be Solved

Well a lot depends on when and if Volkswagen can deliver a fix to the broken emission control systems on these vehicles. At this point, Volkswagen has not made a public statement about just how it intends to remedy the problem. This has lead some owners to worry that the fix may negatively affect both fuel economy and vehicle performance, thus making the vehicles more expensive to drive and less valuable on the resale market. Volkswagen has been told by the Environmental Protection Agency that the company has to fix the problem so that the vehicles can comply with United States pollution control regulations and since Volkswagen has not been able to say how they are going to do this, the EPA says it would not be surprised if this process took more than one year to complete.

This issue has lead some vehicle owners involved in the Volkswagen scam to decide that their best choice of action is to sell their vehicles as fast as they can. Other owners have already decided that their best course of action is to be patient and wait to see what Volkswagen comes up with as fix to their self inflicted problem. All of the affected vehicles are diesels and diesel vehicles have traditionally had better resale value the non-diesel vehicles. This may mean that for those who decide to wait and see what happens, if Volkswagen can come up with a fix that does not negatively affect mileage and performance, then just possibly the resale value of the vehicles will not be significantly affected after all.

Another option for owners is to join in a class action lawsuit. Several law firms have already launched legal action on behalf of Volkswagen owners in what many expect to be a huge legal affair. If owners decided that this would be their best option they would have to prepare themselves for several years of legal maneuvering for the case to make its way through the court system.

This whole thing is hard to believe. Volkswagen has worked for decades to carve out a reputation as a company that its customers can trust, only to see, as a result of this Volkswagen scam that reputation go down the drain in the blink of an eye.