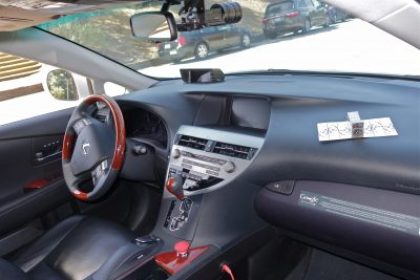 Many  groups think that selfdriving technology will integrate with the US economy as soon as five to ten years.  Some other countries focus on the advancement as well while also attempting progress in the area of electric vehicles.  Malware and hacking have been issues for several years in relation to computers.  However, now that techniques in efficiency have developed, internal computers now accommodate modern vehicle designs.  That means hacking and malware now extend to the zone of vehicles.

Selfdriving Technology, Can Hacking Be a Problem?

A company named Uber desires to up levels of security as soon as possible.  Recently, two individuals in the realm of computer security, Charlie Miller and Chris Valasek, have hacked into a Jeep Cherokee.  How does this affect other vehicles?  They have also gained access to a Ford Escape and Toyota Prius.  Uber plans to battle against criminals with similar capabilities yet evil intentions.  For this reason, the company has hired the two security specialists along with scientists and researchers in the tops of their fields to establish a platform of safe commutes.  For Selfdriving technology to take a firm yet safe stand, they reason that certain discrepancies need smoothing.

On the good side, the cars have yet to have a hacking occur.  However, the potential remains. On the flip side, Perrone Robotics and Mission Secure remain as two organizations who achieved the feat of hacking into and taking over the controls of a custom vehicle with Selfdriving technology.  They mentioned that prevention of such attacks could easily arise.  The two groups worked along the sides of the Department of Defense and the University of Virginia.

Google lately has tested its Selfdriving technology with three example cars in the city Austin, Texas.  The business claims that each car possesses total awareness around itself in a surface as long as two North American football fields, which comes out to about 200 yards.  In a worst case scenario, an autonomous car played “stop and go” with a motorcyclist behind it.  In other news, motorists in local communities reported the automobiles as excessively safe.
To learn more about defensive driving visit ASenseOfHumorDriving.com