Self Guided System In Cars 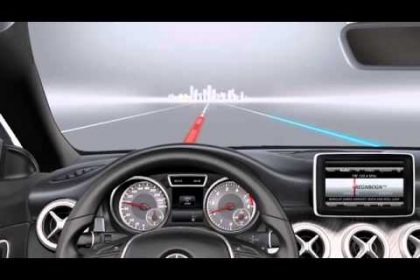 Every day there is new technology for cars being created. Some cars even have a self guided system now. Having worked at a dealership, I got to experience some of these features first hand. I remember when we received the first vehicle with lane assist at our dealership. I had to test it out and see how it works. I got on the highway and turned the lane assist function on, then I let go of the steering wheel. It was amazing the car self guided itself back into the lane. This technology is amazing if all cars had this system, there would be fewer accidents. Tired drivers trying to stay awake would have enough time to get a safe place to pull over. I have also heard some of the cars that came in had a safe brake feature that would stop the car automatically if something came too close to hitting the vehicle. I never had enough guts to test this feature because it is just human nature to avoid anything that might hurt us.

Advancing towards cars that drive on their own, Volvo Car Corp has tested its new S60 model, which has the first in-car system that can sense an imminent collision with pedestrians and brake automatically if the driver doesn’t. The system is the latest in a line of developments made possible by sophisticated sensors based on cameras, radar and lasers. The sensors already provide drivers with adaptive cruise control, which alters a car’s speed to maintain a safe distance from the vehicle in front, as well as technology such as semi-autonomous parking systems.

Other Manufacturers With A Self Guided System

There are many other car manufacturers that have started putting these systems in their cars. I just mentioned Volvo because that was the one I got to test drive at my dealership. I know that Chevy, Jeep, and many more are adding these features and trying to improve on them every day.

How To Use The Self Guided System

If you have a self guided system in your car, you should not solely rely on it to drive. They are there as a safety measure. They were not designed to drive the car fully. The system was meant to make small adjustments where it is sensing a mistake was made. I am sure in the near future; every new car made will have these features offered if not set as a standard.