MPG On The Rise 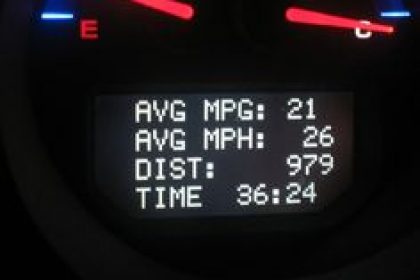 Although progress in increasing the US average mpg has slowed down in recent years, it has surpassed a significant hallmark. Since 2004 the national miles per gallon rating for cars and trucks has increased by 5 miles per gallon. After a record increase of 1.2 MPG from 2011 to 2012, the EPA is predicting slower growth for this year, but still expects to reach the government standard of 54.5 by 2025. The big leap in 2012 is largely in part to manufacturers adding turbochargers to smaller engines and improving overall engine and transmission performance.

The Increase of MPG

Although the EPA expects an increase of only .1 mile per gallon by the end of 2015 the results are slightly skewed by the 2% increase in truck and SUV sales. Hyundai and Kia contributed to a slowing of progress by delaying the production and selling of higher miles per gallon 2014 models. Light trucks have increased 16.5% since 2014 as car sales have only increased by 2.3%. As of September Trucks accounted for 51.3% of all vehicles sold this year.

MPG In Trucks and SUVs

Without the increase in trucks and SUVs and the production of Hyundai and Kia’s newer models the increase would have been approximately .4 mpg. While this number seems small, it would amount to a 2% increase in performance from 23.6 mpg to 24 mpg which, in the automotive industry is a solid margin of improvement but still short of the 2012-2013 gains.

The Perfect Combination of MPG

Two heavy contributors to the rise of trucks and SUVs are the relatively low gas prices throughout the year and the significantly improved gas mileage of these vehicles. Trucks and SUVs have had a combined increase of 27% in gas mileage since 2004 while cars saw a respectable 23% increase in performance. Alongside the lowest average gas prices since 2011 the shift to larger vehicles was not a surprise for the market. This forecast may have been why Kia and Hyundai delayed their newer, higher-mpg models.

Experts believe that the rather large influx of truck and SUV purchases are due to people upgrading their existing truck or SUV and that the market will see a noticeable decrease in their sales in the following years. However, with big changes coming to the truck industry when the aluminum body F-150 is hitting car lots later this year. Due to the sheer volume of F-150s sold throughout the US, the F-150 could single-handedly increase the average miles per gallon.
To learn more about defensive driving visit ASenseOfHumorDriving.com