Masculinity May Be Hazardous To Drivers 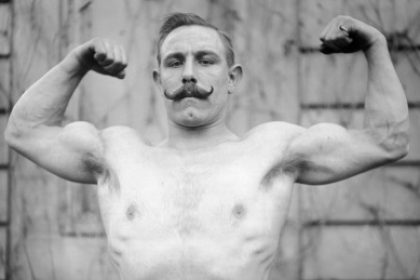 For example, stone-age man did not drive. But the legacy of his hunting, aggressive and risk-taking past – qualities that enabled him to survive and mate, thereby passing on his genes to future generations – are still evident in the way in which he typically drives his car today.

There is a vast amount of literature concerning studies of sex differences in aggression focusing on biological, physiological, evolutionary, developmental, social and cultural factors. There is an overwhelming consensus that human males are more aggressive, and display aggression in different ways, compared with their female counterparts. These same parallel sex differences are found in virtually all other species of animal, with the hamster being one of very few exceptions.

Some other examples of gender differences related to driving are:

The differences between the sexes in terms of their risk-proneness while driving can be explained, at least in part, using an evolutionary psychology perspective. This proposes that much of the neural circuitry of the human brain evolved to meet the requirements of societies and cultures very different from our own – that of the hunter gatherer – which existed for over 99% of our evolution as a species. Our 21st century skulls, therefore, still contain essentially ‘stone-age’ brains, so the brains of men remain different than women in these certain crucial respects.