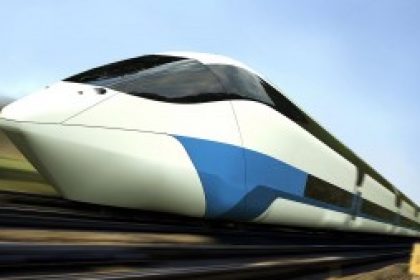 I remember the one time I was on a commuter train in Dallas with my grandmother. I remember wondering if the railways go any faster in other parts of the world. It turns out that they do, and the U.S. may need to catch up with other countries such as Japan.

Texas, not far behind California, has five cities in the top fifty most congested cities in the Western Hemisphere, and not all too surprisingly has plans for one of the longest high-speed railway systems in the US. As the second largest state by area and the second most populous state, Texas has both the space and population necessary to support a high-speed railway system. The railway is to be privately funded, and has started holding public meetings to get community feedback, while also compiling information on the environmental impact for federal review of the project. The high-speed railway planned for Texas stretches from Dallas down to Houston, traveling through eleven different counties. So far two routes have been proposed, and several locations have been planned out for both cities.

Meanwhile, in the Northeast, Amtrak has a $151 billion upgrade planned for its introduction into the high speed railway business. The upgrade is for the Washington-Boston section of their track, and would cut down the commute to forty five minutes instead of the current two hours and thirty minutes. However, they are not the only company on the block any more. Northeast Maglev, a privately funded company backed by the Japanese government, has its sights on a New York-Washington line that would cut the time from almost three hours down to an hour. Despite the performance benefits of Maglev technology over other high speed railways systems, Amtrak has an extensive per-existing system already established in the region, and holds a fairly substantial lead in regards to public opinion over the privately owned and foreign backed Northeast Maglev.