Hearing About Self Driving Cars 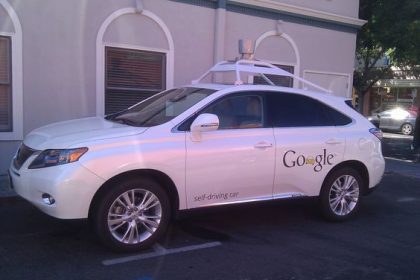 Every time I see things on the internet about trying to develop self driving cars, I think that Google has already created these cars and are testing them daily. Google has had these self driving cars on the road for a couple of years now. They have been seen to be very safe never causing an accident. There were a couple of times where someone hit a Google car but never the other way around, until recently a self driving Google car crashed into the side of a bus.

Self Driving Cars Can Crash

Google’s driverless Lexus SUV was traveling at 3 kilometers per hour while the bus was going about 24 kilometers per hour. According to WIRED, a technology magazine, Google’s car changed lanes and moved into the path of a bus. The only damaged was on the left front wheel and fender of Google’s car. “We’ll inevitably be involved in accidents; sometimes it’s impossible to overcome the realities of speed and distance… In the six years of our project, we’ve been involved in 12 minor accidents during more than 1.8 million miles of autonomous and manual driving combined.” Google said.

A new AAA survey of 1,800 drivers says that drivers prefer to have control over their car. 75 percent of drivers say they wouldn’t feel safe in a self-driving car however, 60 percent say they would like to get some kind of assisted-driving feature, such as automatic breaking or self-parking. Some people that want the use of self-driving cars argue they would be safer than cars driven by humans, because they cannot get distracted or drive when tired or impaired.

The Future for Self Driving Cars

Google is predicting the cars will be ready for the road by 2020. There have been some minor incidents in the past with Google’s self driving cars that make people think these cars are unsafe, but these cars are still in testing and development. So when 2020 comes around I am sure they will be completely safe and possible even more reliable than human drivers. As this technology advances there will always be people that are skeptical and others that embrace it. Seeing as the world is today it is only the matter of time before self driving cars become an everyday thing.
To learn more about defensive driving visit ASenseOfHumorDriving.com