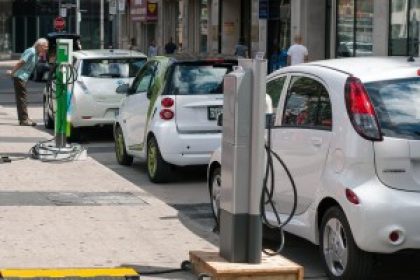 As a driver who has faced the high cost of gasoline, I have often wondered about the advantages of switching to an electric care or hybrid. Would I really be saving money or doing anything truly worthwhile for the environment? Could there possible be some subtle benefits that I haven’t considered?

It turns out one of the biggest environmental benefits or driving an electric car versus a gas car is that electric cars on average only produce about 80% the amount of heat that gas vehicles do. This means that areas where electric vehicles are driven can be cooler than other areas by 20%. This has another benefit in that less money is being used to actually cool the area where electric cars are driven. This is due to the fact that less gas emissions are creating greenhouse gases to lock in heat and drive up the temperature. For example, in Beijing, China a study was done to compare the difference in the in the area due to people driving electric car versus gas powered vehicles. The study used the summertime of 2012 as their data point. The results of this study indicate that the heat intensity of the island could potentially be a degree lower. Potentially this could have also cut the cities carbons emissions by 11.779 tons per day.

Ultimately by driving electric cars instead of gas vehicles global warming wouldn’t be stopped, but it would definitely be slowed down while a more permanent solution to the problem that effects the globe daily is determined.

The environment isn’t the only one that benefits from more people driving non gas powered vehicles. Consumers of the electric car also save a huge sum of money. The way people save money is the less amount of money that has to be spent on gas especially when the gas prices spike like they have in the U.S. during the time frame of 2007 – 2013. Another benefit is the tax credit that consumers can take the first year that they have the vehicle. A federal tax credit of $7,500 is available to U.S. consumers of the electric vehicle.

The financial benefits don’t stop in the United States either. The financial benefits can be found around the world. For example, in Beijing, China, for the summer of 2012 the city could have saved up to 14.4 million kilowatt hours if more people started driving electric cars instead of gas cars.