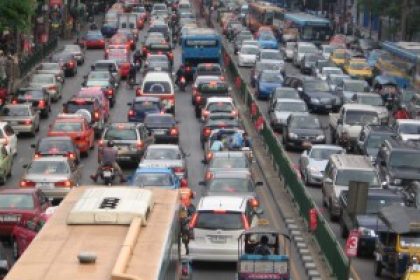 As a college student, I enjoy going out to different places when I have free time. However, I’m not a fan of any unexpected traffic that may delay the amount of fun I expect to have once I reach my destination. A number of places I enjoy visiting are in Dallas, Texas, one of the most congested areas in Texas to drive.

According to the INRIX Traffic Scorecard Dallas ranks number 22 for the worst traffic congestion in the United States. Living in the DFW area you might understand why Dallas made it to the top 25 cities in the nation. The worst congestion in Dallas is I-35E between Mockingbird Lane and I-30. That specific area was ranked 47th worst in the country for traffic, and the delays associated with vehicle piling up upon each other.

Each year, traffic seems to get worse and worse. I think it is because there are more and more people on the road every year. Teens that get their first car and people moving to the area are adding to the daily commuting group. Eventually there will be so many people out on the road that traffic will be too overwhelming, without a possible solution people will have to leave earlier for events which could cut into their sleep time which is for your health.

A good way to tackle the growing traffic problem would be to expand the highways and roads and also build more toll roads. Some people think toll roads are bad, but personally I like them. The toll roads are usually clear and only have a few people on them, mainly because people do not want to pay anything. I do not mind paying a little bit of money to drive on a road that only has a few people on if it gets me around sitting in traffic.

With this information drivers in the Dallas area and any visiting commuters from other areas can get to their destination a bit faster than they normally would. One important thing to remember about commuting and possible traffic is that planning ahead can usually save you from the headache you may develop if you are unprepared.