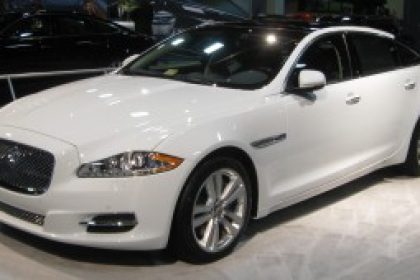 Everyone enjoys cars, and either owns one or has access to one. It may not be the best car, but it does get you from point A to point B. However, with the advancement of technology, there are new types of cars and concepts that are thought up just about every day.

A lot of people lately would much rather buy a car that was built here in the United States instead of buying a foreign vehicle. However, foreign cars have been a part of our society since 1914, with Rolls Royce being the first one. Around the 1930’s Rolls Royce set up their own manufacturing plant here in the U.S. and Volkswagen was the first to send their cars to the U.S. in volume.  The first Honda Accord didn’t make its appearance in the U.S. until 1982.

Alternative fuel sources are nothing new. The first concept of an electric vehicle was designed in the 1830’s by Hungarian, Ányos Jedlik. This idea lead to the inventing of an electric powered carriage by Robert Anderson of Scotland, a small prototype was designed and built by Professor Stratingh Groningen and Christopher Becker in Holland in 1835. Ever since, there has been a continual interest in developing an electric vehicle for consumers. The concept didn’t really take off in the U.S. until about the 1970’s.

Steering wheels weren’t in cars until 1894. Before the steering wheel, cars were steered using a tiller. A tiller, or till, was a lever that was attached to a rudder post; it is most commonly found on boats as a way of steering. It wasn’t until Alfred Vacheron participated in the Paris-Rouen race, that a steering wheel was attached to a vehicle. Of course, since 1894 steering wheels have changed a lot due to the advancement of technology. Steering wheels are now used for more for just controlling your car, they can now turn on and off the radio, change temperatures, adjust cruise control and they can even be used to answer your phone.

Building a car can, on average, take about 25 hours. This of course depends on the type of car that is being made. Most cars go through an assembly line and are built piece by piece. There are at least 30,000 parts for one average car. About 10 of the 25 hours that it takes to build one car is spent on painting the vehicle. So, the next time you buy a vehicle, think about all of the time, parts, work and history that went into making your car.

These are just a few facts about motorized vehicles that not everyone knows. Remember to protect yourself and your car by having insurance. There are a lot of different car insurance policies for you to compare. Remember, it is the law to have insurance for cars; this fact shouldn’t be surprising to you.