Advances for Self Guiding Cars 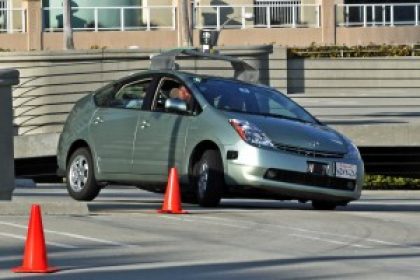 There are a number of advancement that are made every day when it comes to cars. These advances have included better air bags, better braking systems, in-dash navigation systems, and a number of other features. With that said some people wonder what the next advancement is or should be. A number of drivers have said that it should be a self guided car. Self guided cars could create a number of benefits for not just the driver of the vehicle, but the passengers of the vehicle as well. With that said a number of car manufactures have decided to invest in testing in self guiding cars, and have also starting making vehicles with these features, and I would like to educate prospective buyers of these vehicles on what they can expect to see in the new vehicles.

Advancing towards cars that drive on their own, Volvo Car Corp has tested its new S60 model, which has the first in-car system that can sense an imminent collision with pedestrians and brake automatically if the driver doesn’t. The system is the latest in a line of developments made possible by sophisticated sensors based on cameras, radar and lasers. The sensors already provide drivers with adaptive cruise control, which alters a car’s speed to maintain a safe distance from the vehicle in front, as well as technology such as semi-autonomous parking systems.

Other Cars with Self Guided Systems

There are many other car manufacturers that have started putting these systems in their cars. I just mentioned Volvo because that was the one I got to test drive at my dealership. With that said manufactures brands including Chevy, Jeep and even more are adding different and new features to the vehicle line up in order to meet the different aspects that their consumers want in a vehicle.

Cars with Self Guided System Tutorial

If you have a self guided system in your car, you should not solely rely on it to drive. They are there as a safety measure. They were not designed to drive the car fully. The system was meant to make small adjustments where it is sensing a mistake was made. I am sure in the near future; every new car made will have these features offered if not set as a standard.

In conclusion, drivers should be more informed on the technological advances that are be made for cars, the benefits that they offer, and the number of car manufactures that are listening to their consumers, and what they are looking for in a vehicle.